The Outemu Teal (Green) is a heavy clicky Cherry MX Green clone which can be found in the budget end of the market. They are slightly muted in comparison to the MX Green, and they are also noticeably heavier making them unwieldy for most people. I 100% wouldn’t recommend this switch, unless you happen to find MX Greens to be too light.

Here’s the video review if you prefer watching content:

On-centre keypresses aren’t too bad. It’s what I would consider to be above average for most of the switches.

Off-centre keypresses however, are quite scratchy. The switches installed in my “Z” and “D” keys suffer the most from this. Also, most of the switches become scratchier the more they get close towards the bottom.

Overall, I’d consider these to be average. They aren’t too shabby, but I’m certainly not a fan. 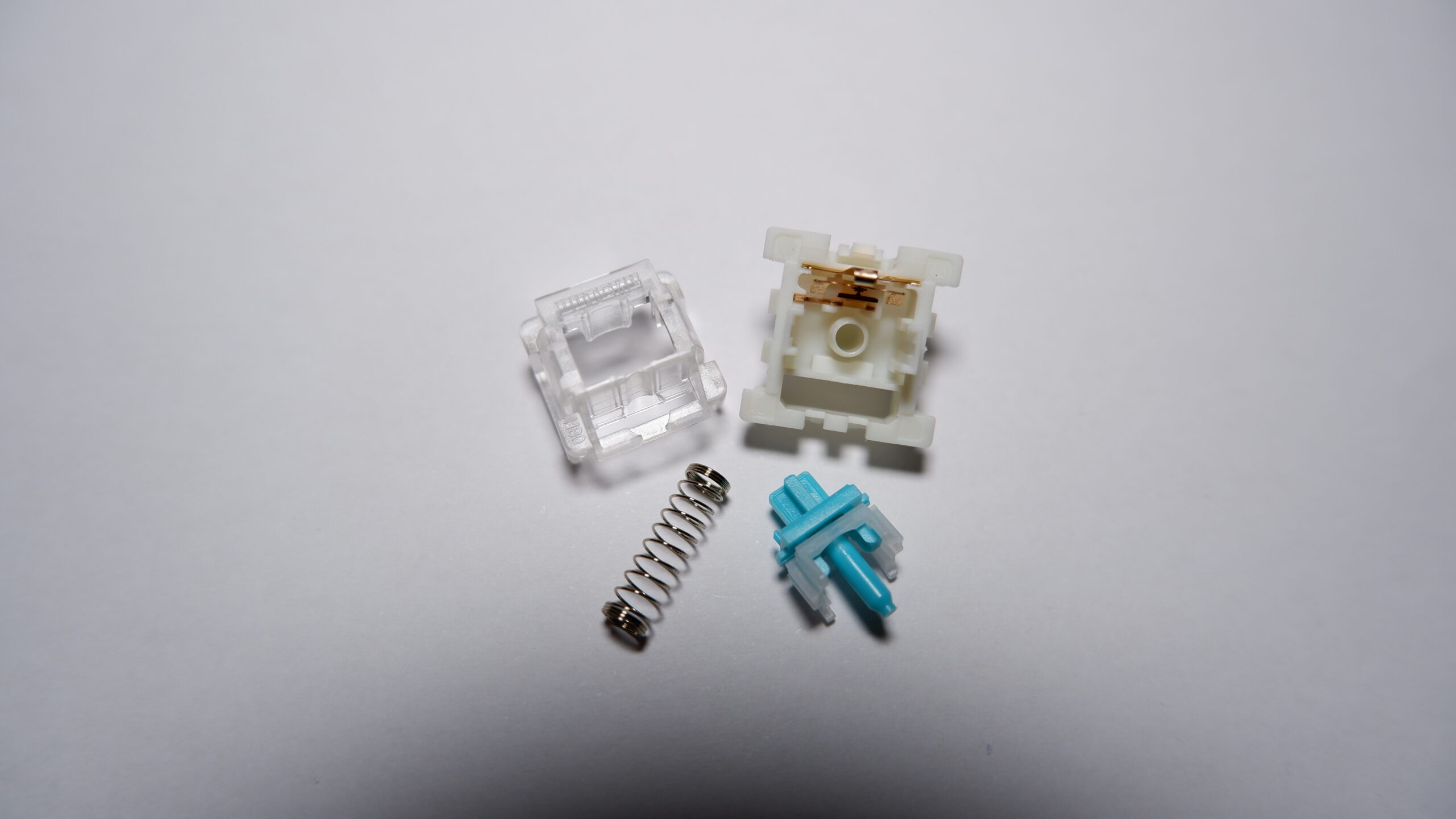 These switches are heavier than the MX Greens by a considerable amount. In fact, they are the heaviest the of the Green clones I’ve tested so far.

This is the main reason I dislike using these switches. They are far too heavy for my liking (and I typically like heavier switches compared to most folks).

Overall, I can’t recommend this one despite it being one of the cheaper options out there. The Greetech Green is the one I would personally buy in this category.

Unexpectedly, these teal switches sound a little muted compared to the MX Green and the clones. They still make a clicking sound, of course, but they are still ear piercingly loud and annoying. What a big surprise…
(I’m semi glad these don’t ping like some of the others).

Typing on these…oh boy. It’s not great, I can tell you that much.

Firstly, the weighting is far too heavy to comfortably type on. These were definitely not designed to be a “typist” switch, especially with the number of errors I kept making with them (and I don’t even consider myself to be a pro typist of any sort).

And secondly, they aren’t as tactile as any of the other switches in its segment. I think it’s because of the heavier weighting, but it could also be a because of a shallower tactile bump on the slider; I couldn’t tell upon inspection. Either way, it’s a major downside for me. By the way, don’t get me wrong, the switch is definitely tactile, but it isn’t as crisp as the others.

Overall, the things that make a ‘good’ clicky switch (in my book) is lacking presence here. This was disappointing to say the least.

Gaming wasn’t too bad. It’s fine for most casual games, and even for a few rounds of competitive games, but I wouldn’t use these in the long term.

It has two major problems: Weighting and sound.

As for weighting, you’re at a disadvantage as these switches were not optimised for gaming in mind. It’s far too heavy to use in any competitive setting. Additionally, since they are so heavy, you’re more likely to get tired of using them.

For sound, it’s the high pitch nature of the switch, even if they are muted compared to rivals. Personally, I use the Bose QuietComfort 35 II with noise cancelling when gaming. And yet, the sound of the switches still manages to penetrate through them. It really annoys me.

Overall, they’re usable if you’re willing to tolerate its shortcomings. But for long term usage? Pick a lighter, quieter switch.

Places to purchase this switch: